The Future of Teleradiology: What Lies Ahead? 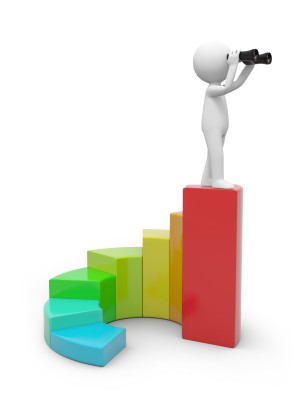 Teleradiology has meant significant improvements for health care to people in all walks of life and all around the planet; but what does the future hold in store for this technologically advanced field?

Information technology has changed the face of traditional medicine in many ways. While nobody can predict the future with 100% accuracy, based on current trends and usage of teleradiology, it seems safe to say that it has a bright future in store for it. This includes the people who work in the field and patients who benefit from it.

Teleradiology is continually evolving, as is the software designed for it. It isn't a fad or a flash in the pan. Telemedicine is here to stay, including teleradiology.

Virtual health centers are springing up all over the world and teleradiology, as might be expected, is one of their key features.

Mercy Health System announced plans in 2011 to build a $90 million virtual healthcare facility in St. Charles County, Missouri. This virtual health care facility is slated to include the latest and greatest in teleradiology and telemedicine. This facility will create a 24/7 radiology team that will be able to read images immediately, providing tele-consults for the system's radiology groups.

Although the building is proposed to cost $90 million, Mercy Health System says that they expect an outlay of around $290 million on the technology this virtual facility will be built around.

Meanwhile, in other parts of the world, teleradiology is very much in use. Australia, for example, commissioned a study in 1998 at the Women's and Children's Hospital in Adelaide, using radiology to link the hospital to remote areas such as South Australia and the Northern Territory. It was found that teleradiology was far more cost effective and more beneficial to the medical care of patients not living close to a large health facility.

As more and more countries and health care facilities use telemedicine, there will be a corresponding increasing need for the clinicians who are trained in this specialized field. Of course, one important point for clinicians within the United States to bear in mind is that outsourcing---so common for customer service and technical support---will be the norm for teleradiology and competing in this market will be challenging.

One interesting development of teleradiology is that radiologists will be able to work from home. Telecommuting has been an every growing trend for quite a few years now, especially since the price of fuel skyrocketed; but it isn't just for virtual assistants or customer service reps who work from home anymore.

Now, even a career as advanced as radiology will provide work at home opportunities for its professionals.